NewsChanges in the Energy Sector Due to the War in Ukraine. 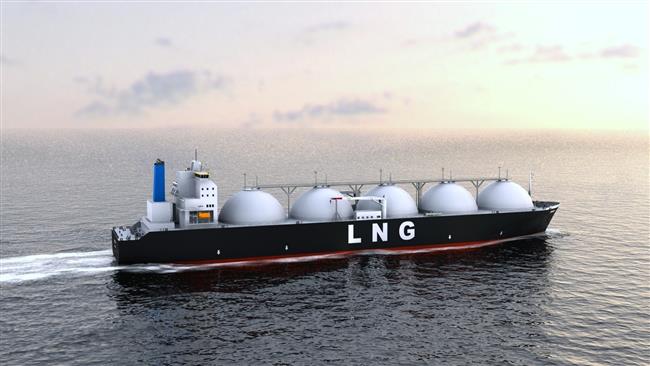 Changes in the Energy Sector Due to the War in Ukraine.

The Russia-Ukraine conflict has had a major impact on the energy market, both in terms of production and supply.

Indeed, European countries importing gas from Russia have become dependent. To counteract this weak position, the European Commission has drawn up the Repower EU plan to reduce Russian gas imports to one third by 2022.

The Energy and Ecological Transition process supported by the PNRR was undermined by the inevitable change in Italy’s position as an EU country. In fact, supporting sanctions against Russia, from which more than 40% of our energy supply comes, made it urgent to identify new sources.

Gas, as the pre-eminent source for electricity production, is a key price driver through the EU’s ‘System Marginal Price‘. However, although common European policies are aimed at optimising sources, production and storage, Italy must aim for autonomy and the potential of its strategic geographical position.

Our country can become an ‘energy hub‘ for the EU, both for the capacity of transmission networks and for the management of the collection of energy from RES. Our gas pipeline network (owned by SNAM) is the largest in the Mediterranean basin and is already partly prepared for the transport of hydrogen.

The gas (40%) arriving in Europe from Russia through the TAG system, connects to the Italian network in Tarvisio. 29% comes from Algeria and uses the Transmed interconnector which arrives in Mazara del Vallo. 9% comes from Azerbaijan, through the TAP system, arrives in Melendugno. 4% from Libya, arrives in Gela with the Greenstream interconnector. 3% comes in Passo Gries through Germany and Switzerland with the TENP/Transitgas system. Finally, 13% of LNG, uses the regasifiers of Panigaglia, Livorno and Cavarzere.

Proposals for effective strengthening of national energy security, also point to agreements to source gas from other producer countries, such as Egypt, Qatar, Congo, Mozambique, Angola and Nigeria, especially for liquid gas, which is produced by ENI.

Energy independence has geopolitical consequences in the reconfiguration of the relations between the countries of the Mediterranean Basin.

Investment and Innovation in the Energy Sector

Besides, as a crossroads for the passage of gas supplies, a prominent role could be played by countries in the Med Area. The pipelines from Shah Deniz in Azerbaijan and Leviathan in Israel could transit from here. A quite concrete hypothesis would see an Egypt-Israel-Cyprus energy hub. Thus, the resumption of the pipeline project to connect Cyprus, Egypt, Israel and Italy would be envisaged. This interconnector has been highlighted several times as a project of common interest for the EU and would land in Otranto.

The energy crisis has an impact not only on gas production and supply but also on its storage. So, it will be important to strengthen FSRUs (Floating Storage and Regasification Units) and adopt policies to contain prices. Among the EU proposals are the temporary introduction of the ‘price cap‘ (a ceiling on the purchase price of gas to be imposed on purchasing companies in EU countries) which, together with a European regulatory body that authorises purchases and controls prices, could absorb the negative impact of the increase in prices.

Without a doubt, Italian state-owned companies (ENI, ENEL, SNAM) play a fundamental role in overcoming the energy crisis. Thanks to their use of technology in the search for innovative and sustainable solutions, and to their advanced gas transport network and storage capacities, they are at the heart of national energy security. Given that, the activities of these companies need to be supported by government regulatory policies to calibrate prices, limit storage and enhance the infrastructure needed for interconnection. At the same time, the policies of the EU Member States will have to converge in such a way that the measures designed for the emergency can be transformed into lasting and effective solutions, in line with the objectives of Ecological Transition.

The Role of the Chamber

An important development in the energy sector took place in Cyprus in the current month, as announced by the Minister of Energy, Commerce and Industry, H.E. Natasa Pilides. In fact, on Monday 23rd, Italy’s Eni and TotalEnergies of France began drilling an exploration gas well off the coast of Cyprus.

The Tungsten Explorer drillship arrived on location southwest of the island and started drilling work. Eni is the operator of the offshore area known as Block 6, with a 50% participation interest. The total has the remaining 50%.

Cyprus can play an important role to be an energy hub in the East-Mediterranean and in the supply of gas to Europe. Work continues on Glaucus in Block 10 and on pipeline connections in Egypt and Israel. To conclude, the high-level technological know-how of Italian companies in the infrastructure networks sector, combined with the consolidated relations with Cyprus, point to interesting development prospects and excellent solutions for overcoming the energy crisis.

The energy sector is one of the Chamber’s main areas of interest, in which important actions and developments are taking place to further strengthen cooperation on the Cypriot-Italian axis and to foster the exchange of best practices and know-how.

For further insights on this article and information on the activities of the Italian-Cypriot Chamber of Commerce, write to: segreteria@camcomitacipro.it