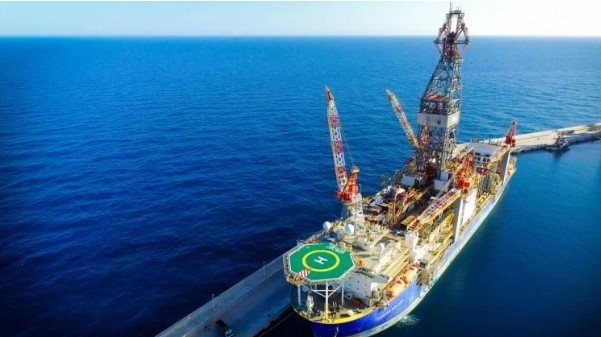 On 22 August, ENI announced a major gas discovery in Block 6, operated by Eni Cyprus with a 50% share and France’s TotalEnergies for the remaining 50%, in the Cronos-1 well. The group led by Claudio Descalzi specifies in an official note that preliminary estimates indicate around 2.5 Tcf (trillion cubic feet) of gas in place, with significant additional potential that will be evaluated with a further exploration well. Engineering studies are already underway for accelerated development of the discovery.

The Cronos-1 well, the note added, is the fourth exploratory well drilled by Eni that has been present in Cyprus since 2013 and the second in Block 6, following the Calypso-1 gas discovery in 2018. The Cronos-1 discovery creates the conditions to bring additional potential gas volumes to development in the region and represents one of the actions achieved by Eni to support the supply of additional gas to Europe.

The Italian-Cypriot Chamber of Commerce has from the very beginning placed the energy sector and related infrastructure at the centre of its activities, promoting a whole series of initiatives aimed at consolidating relations between Italian and Cypriot companies and institutions operating in the sector.

In this sense, the Chamber organised the 2nd Cypriot-Italian Business Forum held in Rome in 2019, which saw the participation of important Cypriot institutional entities including the Cyprus Hydrocarbons Company (CHC) and the Cyprus Natural Gas Public Company (CYGAS), as well as the most important Italian energy companies such as ENI and SNAM.

Of particular importance was also the 4th Cypriot-Italian Business Forum, organised on 29th September 2021, which saw the participation of the Minister of Energy of Cyprus, H.E. Natasa Pilides and the Deputy Minister of Economic Development, H.E. Gilberto Pichetto Fratin, testifying to the relevant interest of the institutions and stakeholders of the two countries for the development of joint projects in the sectors of greatest interest.

In addition to this, the Italian-Cypriot Chamber of Commerce has promoted a whole series of further activities in the energy sector in Cyprus, taking care of the realisation of special Reports and meetings between the main protagonists of the industry, the carrying out several trade missions, including the one last July that culminated with the institutional visit to the Ministry of Energy, Commerce and Industry and the meeting with H.E. Natasa Pilides, with whom it was discussed the developments in the energy sector, the role of Italian companies in the area, as well as the reform of the electricity market and the numerous initiatives that the Republic of Cyprus is carrying out within the framework of the PNRR and concerning energy transition.

The President of the Italian-Cypriot Chamber of Commerce, Giuseppe Marino, highlighted the great positioning opportunities for Italian companies dealing with energy infrastructure in the Cypriot market and reiterated the Chamber’s willingness to provide information and institutional support, stressing the importance of the Mediterranean energy resource and the particular favour with which the European Union regards its proper development and exploitation.

The occasion of ENI’s new discovery, says the President of the Italian-Cypriot Chamber of Commerce, reinforces the need to broaden and consolidate cooperation between Italy and Cyprus in the energy and infrastructure sector, which, among other things, are at the centre of the Chamber’s activities and debate at the forthcoming 5th Cypriot-Italian Business Forum scheduled to take place in Milan in early December.