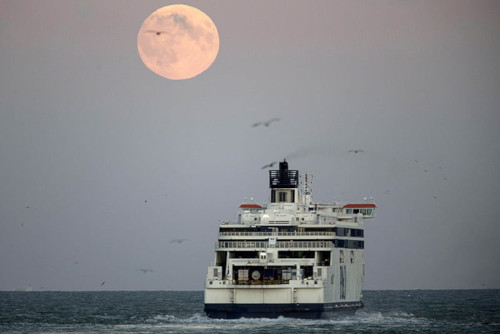 The Deputy Ministry of Shipping of the Republic of Cyprus has drawn up a document regarding the open procedure for the establishment of a passenger ferry service between Cyprus and Greece, addressed to the economic operators in the Maritime Transport sector in order to collect useful suggestions for the drafting of the new service’ tender notice.

Companies are invited to write comments, suggestions, changes only on specific parts, and send their considerations by 12th November 2021 to the email: eprokopiou@dms.gov.cy.

The decision to involve the stakeholders in advance stemmed from the outcome of the previous tender of 29th January 2021, which went unsuccessful, leading H.E. Vassilios Demetriades, Deputy Minister of Shipping of the Republic of Cyprus, to implement an active participation, so that the perimeter of the new tender could satisfy the carriers and secure the bids.

In December 2020, the Cypriot government had launched a tender for the award of the passenger service between Cyprus and Greece (inactive since 2000), envisaging substantial subsidies, but the length of the route (623 miles from Limassol, 766 from Larnaca) to the port of Piraeus terminal Keratsini, the obligation to ensure a year-round ferry connection and competition from low-cost airlines had held back the operators in the sector.

In May 2021, following the unexecuted tender in January, the European Commission’s DG Competition, approved the perimeter of the proposed new tender which, in addition to providing for state subsidies to support the reactivation of the link, limited the service to the summer period and established a possible intermediate stop.

“Changing the nature of the link to a seasonal one can provide us with more options, as it gives companies the opportunity to use their ships for other lines during the winter period, while our fellow citizens will be able to enjoy the service in the summer when there is demand,” Demetriades explained.

According to the consultation document, operators in the sector are invited to submit a tender for the provision of a maritime link service for passengers and their vehicles, under a public service obligation, on the Limassol/Larnaca – Piraeus route.

The service will be operated with a Ro-Pax vessel, flying the flag of the EU or the European Economic Area on the white list of the Paris MOU, complying with all international, Community and national safety and environmental rules and regulations.

The contract provides for a state subsidy of 5 million euro per year and an additional subsidy of up to 500,000 euro per year to accommodate any marine fuel price adjustments in accordance with relevant bunker price index.

The service will be provided for 3 years with the possibility to extend the contract subject to performance indicators for an additional maximum period up to 3 years.

The subsidised service is to be operated on a weekly basis from April/May to September/October only, totalling 26 round trips per year. The successful tenderer is given the option to extend the Cyprus-Greece route to a third country (without subsidy).

The Cypriot Deputy Minister Demetriades, as well as H.E. Yiannis Plakiotakis, Greece’s Minister of Maritime and Insular Policy, support the project and agree that connections between Cyprus and Greece should not depend only on air transport.

The Italian-Cypriot Chamber of Commerce since the first call has been committed to sensitize the Italian industry in the sector, seeing in the reactivation of the Cyprus-Greece maritime passenger link a great opportunity for business and cooperation.

The meeting between the President of the Chamber Giuseppe Marino and the Cypriot Deputy Minister Vassilios Demetriades in September 2020 was followed by an interesting Smart Talk in January 2021 moderated by the Vice President of the Chamber Federico Franchina, during which H.E. Demetriades described the call as an opportunity for ship owners to reactivate a bridge with the European continent.

In spite of the unsuccessful bid, the cooperation on the Italian-Cypriot axis for the implementation of the project went ahead, united in the common vision of economic and commercial development for both countries.

The President of the Chamber, Giuseppe Marino, agrees with Vice Minister Demetriades that assigning a seasonal duration to the link (March/October) will offer shipping companies the possibility of making up periods of less tourism by transporting goods.

The Chamber supports the project, not only because of the subsidies offered to the successful bidder, but also takes into account the additional incentive of the ‘Tonnage Tax‘ flat rate scheme adopted in Cyprus for maritime businesses.

The connection of Cyprus with continental Europe has been considered a ‘service of general economic interest’, moving in line with the EU directives of transformation towards a sustainable maritime economy, using the services provided by the Cyprus Maritime Cluster.

The activities undertaken by the Chamber with Confitarma (Confederazione Italiana Armatori) confirm the Italy-Cyprus synergies converging towards the goal of expansion in the ‘Blue Economy‘ market.

For further information regarding this article and about the activities of the Italian-Cypriot Chamber of Commerce: segreteria@camcomitacipro.it